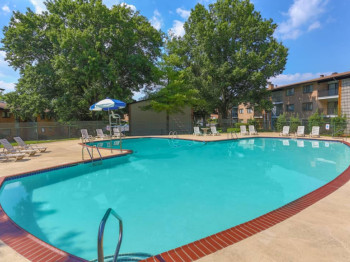 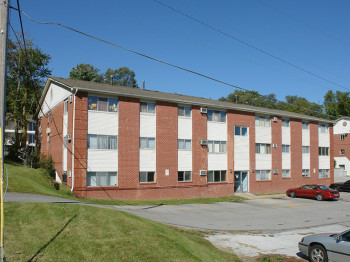 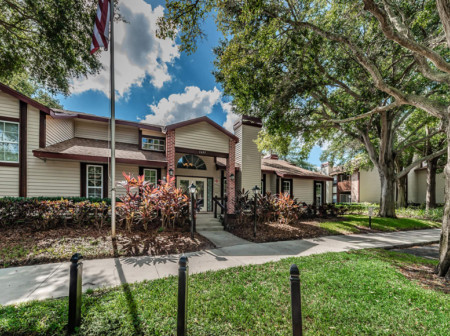 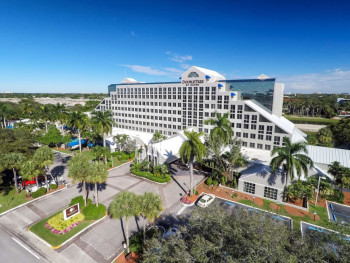 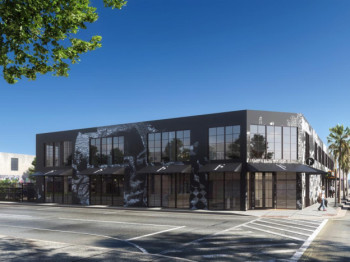 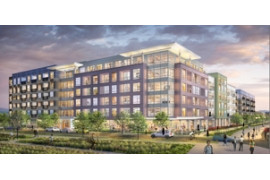 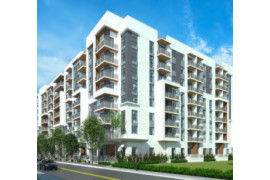 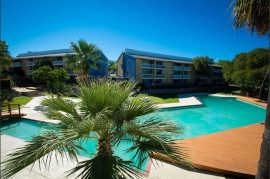 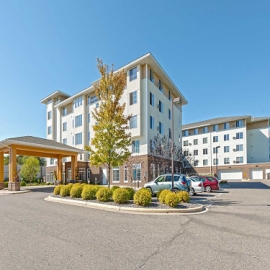 CAPREIT will renovate the five-story community, which features 160 apartment homes and commuter-friendly access to the Twin Cities. In-home improvement measures include vinyl-plank flooring, upgraded appliances and kitchen hardware, new countertops and new paint. The community was originally built in 2005 and underwent an initial renovation in 2011.

"We're proud to add Parkway Gardens to the CAPREIT portfolio and continue our mission to provide quality housing for our nation's seniors," said Stephen Catarinella, vice president of acquisitions and business development manager for CAPREIT.

Situated at 1145 Hudson Road, Parkway Gardens offers convenient access to Interstate 94 and Highways 52 and 61, which provide connectivity to the greater Twin Cities area. The community also sits within close proximity of several stops along the Metro Transit bus line with several additional commuter options nearby. Minneapolis-St. Paul International Airport is located 12 miles from the community.

Parkway Gardens is positioned near several recreational areas, including Indian Mounds Regional Park, which is a half-mile southwest of the community. The Twin Cities job market includes many opportunities within the biotechnology and health technology sectors, and many medical clinics are within a short drive of the property.

Parkway Gardens marks the seventh community CAPREIT owns or manages within Minnesota. Others include Loring Park in Minneapolis and The Barrington in nearby Woodbury. 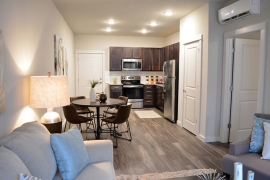 CAPREIT, a fully integrated real estate operating company responsible for the ownership and management of more than $5 billion of multifamily assets, today announced it has acquired Pure St. Peters, a recently developed market-rate apartment community that began leasing in 2019.

The community, which features 143 contemporary apartment homes, is situated moments south of Interstate 70 and just east of Jungermann Road. Many of the neighborhood’s finest dining, retail and entertainment options are within walking distance or a short drive, and the community offers a vast array of community amenities and flexible leasing options. CAPREIT acquired the community in conjunction with Legacy Capital Partners.

“CAPREIT is an enormous fan of the wonderful St. Charles County market, and we’re delighted to add Pure St. Peters to our local portfolio,” said Ernie Heymann, chief investment officer for CAPREIT. “Pure St. Peters is a brand-new asset in a highly desirable portion of the neighborhood, and we look forward to offering one of the best living experiences in the area while working to be the best neighbor we can be.”

Situated at 2100 Pure Street, Pure St. Peters is surrounded by an abundance of local shops, Barnes-Jewish Hospital and features several local restaurant partnerships. The community is situated alongside the Cave Springs area of St. Peters, which includes Cave Springs Lanes bowling alley and several other neighborhood attractions. In addition, Chimi’s Mexican and Kokomo Joe’s Family Fun Center are within a short walk of the community.

Money Magazine labeled St. Peters the 15th Best Place to Live in its 2017 Top 100 list, labeling it “an ideal place to start a family.” The town is also home to St. Charles County’s largest shopping center, Mid Rivers Mall, which is located three miles west of the community. 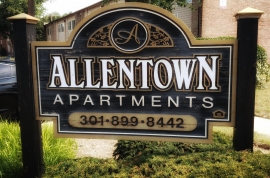 CAPREIT, a fully-integrated real estate operating company responsible for the ownership and management of more than $5 billion of multifamily assets, today announced it has taken over management responsibilities of Allentown, an affordable apartment community located just south of the Capital Beltway about 12 miles southeast of Washington, D.C

The recently renovated garden-style community, which features 178 apartment homes, offers prime access to Interstate 495, Andrews Air Force Base and an abundance of shopping and dining options. A sparkling swimming pool and playground are among the family-centric attractions at Allentown, which offers spacious layouts and flexible lease options.

“We’re eager to provide quality housing in Prince George’s County that working-class professionals can afford,” said Dawn Coggins, senior vice president of property management for CAPREIT. “With Washington, D.C. a short distance to the northwest and the I-495 corridor easily accessible, the Suitland area is becoming increasingly relevant for commuters. We’re thrilled to join the Suitland community and offer a comfortable living experience for our residents.” 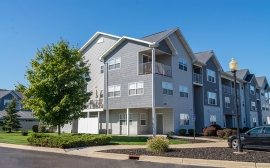 CAPREIT will renovate the community, which is surrounded by scenic wooded grounds and several nature trails. Silver Lake Hills also features commuter-friendly access to the key employment centers to the north and south.

"Fenton boasts a prime location between Flint and Ann Arbor, and we're delighted to join the neighborhood and offer quality homes at a competitive price point," said Ernie Heymann, chief investment officer for CAPREIT. "We believe this submarket will continue to grow with the continued expansion of downtown Fenton, and we look forward to serving the community."

CAPREIT's renovation efforts at Silver Lake Hills will include new flooring, appliances, countertops, two-tone paint and fixtures. In addition to the in-unit renovations, CAPREIT plans to upgrade several community amenities, including the clubhouse, fitness center, pool and the dog park.

Silver Lake Hills consists of one-, two- and three-bedroom homes with various floor plans ranging from 700 to 1,810 square feet. Apartment interiors at the pet-friendly community include vaulted ceilings, in-home washers and dryers, controlled-access entry and private patios or balconies. 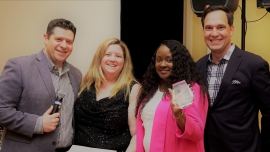 CAPREIT, a fully-integrated real estate operating company responsible for the ownership and management of more than $5 billion of multifamily assets, recently turned 25 and is celebrating the relationship-driven success that allowed the company to reach its quarter-century anniversary.

Since its inception in December 1993, CAPREIT has utilized strong relationships with partners, vendors and team members alike to become a recognized figure in the conventional and affordable housing sectors. CAPREIT has built a portfolio of more than 200 communities across the U.S., representing more than 40,000 apartment homes and 100,000 residents, all while utilizing the culture instilled by founder Dick Kadish.

“We love what we do and we take care of our own,” Kadish said. “The people are the most important asset of our company and making them happy is what contributes to our many years of success.”

In the early 2000s, CAPREIT carved a clear path for a new generation of leaders, including two of Kadish’s children, Andrew Kadish (President) and Jennifer Kadish Cassell (Chief Administrative Officer). In 2015, the elder Kadish became CAPREIT’s Chairman, with Andrew Kadish taking on the role of President at that time.

“We apply old-school real estate values while implementing modern technology to continually improve the resident living experience,” Andrew Kadish said. “CAPREIT has a family-first culture. When investors partner with CAPREIT, they then become part of our family. And the relationships we’ve made with our partners and investors have been key to our overall success.”

“From the very beginning, CAPREIT has been a company built on relationships,” said Heymann, the chief financial underwriter for all communities in the CAPREIT portfolio. “When CAPREIT was created 25 years ago, well-established owners agreed to sell their properties to CAPREIT with no money at risk. Sellers agreed to a best efforts contract to sell to CAPREIT just on a handshake. This integrity and honesty helped us procure a 20-property, $400 million portfolio one property at a time.”

Heymann notes that the company’s initial equity partner, Apollo Real Estate Advisors, trusted the CAPREIT team with a significant equity investment in early 1994. The bond that was created during a 12-day due diligence period lasted for two decades.

CAPREIT has celebrated the 25-year milestone with many team events and outings over the past several months. The company’s tireless efforts to gain the confidence and trust of stakeholders have paid off, as CAPREIT has expanded its financial partners to include some of the largest in the country, including Bank of America, PGIM, Principal Financial Group and Fundamental Advisors.

“The relationships we built have stood the test of time as the multifamily industry continues its growth into the 2020s,” Heymann said. “CAPREIT looks forward to the next 25 years of making our stakeholders thrilled to be partners with the CAPREIT team.” 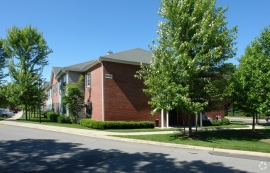 CAPREIT, a fully-integrated real estate operating company responsible for the ownership and management of more than $5 billion of multifamily assets, today announced it has taken over management responsibilities of Broadway West, a senior affordable apartment community in Suffolk County.

Located in the Brentwood neighborhood in central Long Island, the community features 114 apartment homes and is steps away from Brentwood Country Club. The community, owned by Alliant Strategic Preservation Fund, also offers commuter-friendly access throughout the New York metropolitan market and is within moments of Interstate 495, the key east-west thoroughfare of Long Island.

"Demand for affordable housing in the New York metropolitan market continues to grow, and managing Broadway West serves as an exemplary opportunity to address that need," said Dawn Coggins, senior vice president of property management for CAPREIT. "We're excited to implement our customer-centric strategies and provide a comfortable, affordable living experience for seniors who are otherwise priced out of Long Island."

Apartment interiors at the smoke-free community include air conditioning and cable-ready connections.