The Finger Cos. sells more than 20 multifamily properties for $2B 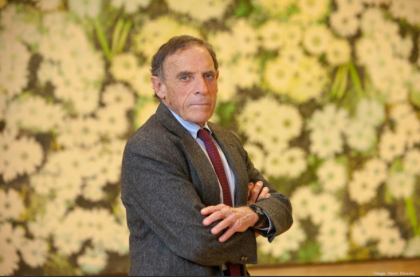 The Finger Cos., a Houston-based multifamily development and management company, has sold several properties to a venture led by South Carolina-based Greystar.

The deal included more than 20 garden and midrise properties from The Finger Cos.' national holdings, the company said Oct. 19. The new owners will retain all of the properties' on-site employees.

Since The Finger Cos. was founded in 1958, the company has retained ownership and management of most apartment project it has developed, according to the Oct. 19 announcement.

The Houston Business Journal has reached out for more information.

“Today’s announcement is a direct reflection of the talented and devoted family of long-term employees who have consistently upheld the highest standards in the industry,” said Marvy Finger, founder, president and CEO of The Finger Cos. “The agreement to sell part of our portfolio to the venture spearheaded by Greystar will allow that legacy to continue uninterrupted.”

“Marvy is one of the true icons of the multihousing industry,” Galloway said. “These assets not only come with prime locations, but they also come with the highest-quality product offerings and the best management team in the business. They perfectly complement Greystar’s national portfolio.”

Some of Finger’s projects were gamechangers in Houston. His tallest and most ambitious project, One Park Place, was the catalyst for the new residential projects under development in downtown Houston today, the Houston Business Journal previously reported. Finger was named the Lifetime Achievement Award recipient for the HBJ's 2015 Landmark Awards.

As of 2015, The Finger Cos. had developed nearly 100 apartment projects in eight states, the HBJ reported at the time. Now, the company expects more to come.

“We are perfectly positioned to do exciting new projects that will propel the company far into the future,” Finger said in the Oct. 19 announcement.