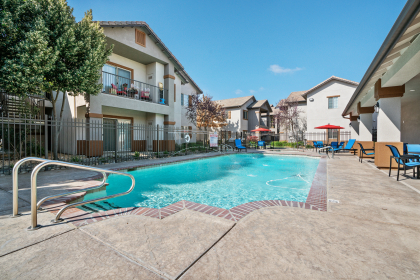 The Mogharebi Group (TMG) representing the seller, FPA Multifamily, has arranged the $30.65 million sale of ReNew, a 128-unit development in the Central Valley community of Visalia, CA. The buyer of the property is a private investment group from nearby Santa Barbara.

Visalia is one of 70 cities that make up California’s Central Valley, which stretches approximately 450 miles from Sacramento to Bakersfield.    The region has an inventory of 1,055 multifamily properties of 50 units or more totaling approximately 123,000 units, according to Yardi Matrix.

“The Central Valley has long been thought of as strictly an agricultural area, but that is only one part of its economic story,” said TMG Executive Vice President Otto Ozen.   “Government and healthcare are large and growing economic drivers, which combined with the region’s lower cost of living has resulted in an in-migration of people from higher-cost coastal cities. Yet new construction has not kept up with demand.  The strong regional economy and steady population growth combined with the high barriers to entry, has not been lost on investors,” Ozen added.

Built in 2008, ReNew Visalia is a two-story, 128-unit apartment community located at 3315  Lovers Lane. The property comprises 16 residential buildings totaling 119,608 rentable square feet. The complex is situated on a 6.76-acre site, for a comfortable density of 18.9 units per acre. The apartment homes feature spacious one-, two-, and three-bedroom floor plans with an average size of 934 square feet, respectively. The property boasts a swimming pool, recreation room with wet-bar, laundry facilities, clubhouse, spa, and reserved parking.

“Not only did we help the seller find ReNew a few years ago, but after 24 months, we were able to sell it for 50% higher price, which is indicative of growing investor interest for properties in the Central Valley,” Ozen concluded.

Since its founding in 2015, TMG, one of the leading multifamily brokers in the State of California, according to real estate research and advisory firm Green Street, has been involved in the sale of more than 6,500 units in the Central Valley with sales exceeding $800 million.