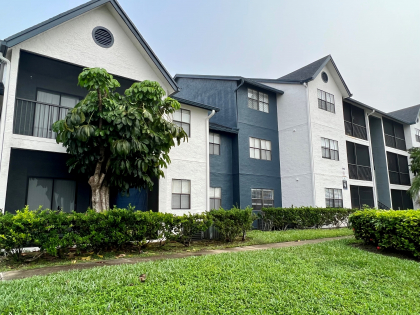 Just eight months after acquiring a 280-unit garden-style apartment complex northwest of Fort Lauderdale, Lynd Living has sold the asset for $66.50 million. That amounts to $15.50 million more than the $51.00 million price paid on March 17, 2021.  Lynd Living CEO David Lynd said the decision to sell now was not easy, but feels the time was right to maximize value due to the hot real estate market.

“Values in South Florida have really skyrocketed since the pandemic due to intense in-migration from other states,” Lynd said. “Rents have jumped by over 20% since our acquisition and we achieved our projected five-year net proceeds for investors and partners after just eight months. We always keep our investors’ goals in mind for every deal.”

The Lakes at Margate (renamed Aqua Villa) is a deal that almost didn’t happen to start with thanks to the pandemic. Lynd Living was originally supposed to buy the property on March 11, 2020, but its equity partner backed out and the deal became less certain. But Lynd persevered with the seller and was able to close nearly a year later.  This marked the first time the company used crowd-sourced equity to help fund an acquisition.

“Had we given up when we lost our original partner in 2020, we would have never gotten the property and wouldn’t be where we are today,” said Constantine Scurtis, president of Lynd Acquisitions Group.  “As it stands, our investors are getting an incredible rate of return on their money over a much shorter time period than anyone anticipated.”

Built in 1987, Aqua Villa features one, two and three-bedroom units with wood-plank floors, custom white cabinetry and energy-efficient appliances.  The community has two pools, a clubhouse, a modern fitness studio and cyber-café.  Lynd spent $4 million in renovations and upgrades including the addition of chef’s kitchens to 3-bedroom units. “Our signature chef’s kitchens have become a major draw everywhere we have put them in, Lynd said. “In Margate, we were able to increase rents by as much as $800 for these special units, thus generating a lot of additional value for the asset.”

Hampton Beebe of Newmark was the listing agent.

Aqua Villa is located at 5750 Lakeside Drive, Margate, Florida, near the intersection of W. Atlantic Boulevard and N. State Road 7, just a couple of miles from Florida’s Turnpike.

In Florida, LYND has owned 6,300 units over its history and managed nearly 12,000 units.  It also co-developed the 390-unit luxury condominium building Nine at Mary Brickell in the mid-2000s. The company has plans to a lot more business in the region over the coming years.