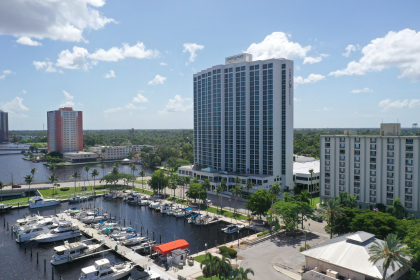 Campo Felice, a 24-story luxury multifamily apartment tower, was purchased for $55 million in an off market special situation sale

Westside Capital Group, a real estate investment holding firm based in Miami, today announced the acquisition of Campo Felice, a 24-story residential tower with 323 apartment units located in the historic downtown of Fort Myers, Fla.  The deal comes just two weeks after Westside made its debut in the Fort Myers market with the acquisition of another waterfront high-rise apartment property – the 265-unit Oasis Grand II – for $71 million. The two properties are located less than two miles apart, on prime waterfront sites along the Caloosahatchee River.

Westside Capital acquired Campo Felice for $55 million in an off market special situation sale. The price equates to $170,000 per door. The property was approximately 50% occupied at the time of the sale.

Westside intends to inject up to $5 million in capital investments, upgrades and professional management of the property, which suffered from financial distress due to the COVID-19 pandemic under the previous ownership. Current senior residents will be welcomed to stay and lease at the property as they had been historically, although the senior living designation will be removed by the new management and the property will be marketed to various demographics, including senior citizens, working families and young professionals and graduate students, particularly those in the medical field. The current zoning of the building planned unit development is not limited to 55+ resident use, and all obligations under the current leases will be honored by the new ownership.

“Campo Felice is a landmark property with spectacular amenities in the beating heart of downtown Fort Myers, which unfortunately never achieved its full potential,” said Jakub Hejl, founder and president of Westside. “Under Westside’s ownership, however, the property will immediately benefit from much-needed capital investment, operational expertise and professional management. Our first objective is to work closely with current residents to ensure that their needs are met. We are focused on making sure the transition of ownership yields only positive experiences for the senior residents currently occupying the building. At the same time, we’re also looking forward to working with our neighbors, nearby businesses and local officials as well to ensure this property becomes a true asset to the broader Fort Myers community now and well into the future.”

Located at 2500 Edwards Drive, Campo Felice was originally built as a Sheraton hotel in 1986. It sits on a 3.24-acre site on the south bank of the Caloosahatchee River, directly behind the Fort Myers Yacht Basin, a WPA (1939) marina project that has 241 boat slips. In 2015, The MacFarlane Group acquired and redeveloped the property into a luxury 55+ community. The property features one-and two-bedroom apartments with floor to ceiling windows, and an array of amenities including four dining venues, a resort-style pool with jet spa, a 2,200-square-foot fitness center, a 49-seat movie theater, salon, dog park, ballroom and 521 parking spaces. It sits in the heart of the Historic River District, within walking distance to many restaurants and shops, and easily accessible to destinations like the Florida Repertory Theatre, Fort Myers Library, JetBlue Park, FGCU, and Lee Memorial Hospital. It is also convenient to US-41, I-75, MLK Jr Blvd, as well as public bus transportation.

With this acquisition, Westside now owns two of the largest apartment high-rises in all of Fort Myers, giving it effective control over the luxury high-rise rental market in this market. Westside owns real estate assets totaling thousands of multifamily units throughout the state of Florida and Alabama. In addition to its properties in the Tampa, Orlando, Jacksonville and South Florida metro areas, Westside recently acquired a 1,100-unit apartment portfolio complex on over 100 acres in Birmingham. Westside’s development pipeline includes thousands of new planned or approved units on land it owns in Florida and Alabama, and the company is actively pursuing deals throughout the Southeastern U.S.

Berkadia’s Charles Foschini and Christopher Apone secured $47.07 million in acquisition financing for Campo Felice on behalf of Westside Capital. Ladder Capital Finance, LLC provided the five-year, floating-rate loan, with full-term interest only with a base term of four year and one twelve-month extension.