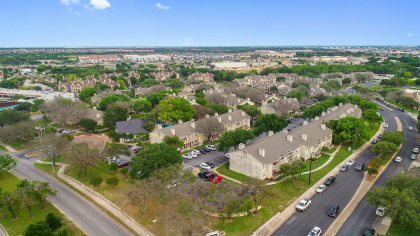 In one of the largest value-add multifamily transactions by unit count in Austin this year, Archway Equities (Archway) and CAF Capital Partners (CAF) has acquired The Morgan, a 504-unit community in Austin, TX.  For Archway and CAF, each of whom control approximately 1,000 multifamily units in the market, it is the first time the two firms have partnered on an investment in the Texas capitol.

Thanks to its strong relationships with principals and brokers in the Austin market, as well as the firms’ deep-seated reputation for being able to quickly execute and close on potential deals, Archway and CAF have been extremely successful in unearthing and closing on properties in Austin despite the competitive nature of the market.    For The Morgan, they were able to pre-empt a full marketing process with a competitive offer and short due diligence period.

“The Morgan represented an opportunity to acquire a very functional and well-maintained value-add property with unrealized potential in a market with strong apartment fundamentals,” said Archway President Sean Moghavem.  “We plan to continue to fine tune our portfolio building scale in markets where we have a significant presence like Austin.”

Built in the mid-1980’s the property offers a strong value-add opportunity. The previous ownership renovated approximately 45 percent of the units, and the new ownership plans to renovate the rest of the units, upgrading interiors with vinyl plank flooring, new countertops, stainless steel appliances, Nest thermostats, new recessed lighting and upgraded bathroom and kitchen fixtures. Community amenities include a bi-level swimming pool, resident lounge and a pet park.   In addition, the team plans to cure the deferred maintenance on the property by repainting buildings and other community structures.

Located at 1801 Wells Branch Parkway, the property is located five minutes from North Austin’s two major economic hubs, The Domain (Austin’s “Second Downtown”) and Tech Ridge, which is home to such Fortune 500 companies as Facebook, IBM, Indeed, Charles Schwab, Dell, General Motors, and 3M. In addition, The Morgan is approximately eight minutes from Apple’s Parmer Campus, and nearby to the new Apple Operations America Campus currently under construction which is estimated to bring an additional 15,000 jobs to the area.   The community was 95% leased at closing.

While the market’s job growth was temporarily slowed by the pandemic, the pace has begun to increase as additional companies continue to migrate to Austin.

“When the upgrades are completed, The Morgan will be an outstanding property in a market where job growth is outpacing the inventory of quality rental housing,” said CAF Capital Partners President, Jack Alexander.