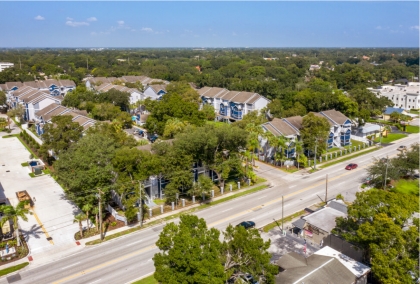 Since acquiring the Buena Vista apartments in 2018, Westside has made a significant investment in the community and acquired another property nearby

Tampa, Fla. (September 8, 2020) – Westside Capital Group, a real estate investment holding firm based in Miami, today announced it closed on a $25 million loan to recapitalize Buena Vista, a 240-unit garden-style apartment community in the Wellswood neighborhood of Tampa, Florida. Westside acquired the apartment community in 2018 for $21.25 million, and has since made a multimillion-dollar cap-ex investment in the property. It also acquired another property in the same neighborhood – the 337-unit Watermans Crossing Apartments for $29.5 million – around this time last year.

Westside, whose holdings include cash-flowing properties and land throughout Florida, remains optimistic on the long-term outlook for North and Central Florida’s real estate market. Earlier this summer, Westside unveiled plans for one of the largest redevelopment projects in the state - a $1 billion Opportunity Zone redevelopment of 128 acres approximately 10 minutes from downtown Orlando. The project proposes thousands of new homes, along with retail, public use space and green space, on a dormant 128-acre site in the heart of Orlando formerly associated with Lake Orlando Golf Club.

“As we predicted two years ago, the Wellswood community has continued to expand and attract new investment from both the corporate and real estate community because of its exceptional location and amenities, and we’re very pleased to have started this evolution with our investments,” said Jakub Hejl, Westside’s Founder and President. “The Tampa economy has proven very resilient relative to the country overall with employment bouncing back in June of this year, driven in part by the region’s finance, industrial and e-commerce sectors.”

Since Westside’s initial investment in Buena Vista two years ago, a new medical office building with 30,000 square feet of space opened next door, developers saw an opportunity to build new single-family spec homes along Buena Vista property lines as curb appeal improved, Bank of Tampa opened its new 50,000 square foot office building and St. Joseph’s Children’s Hospital continues to receive ongoing investments from its originally planned $126 million capex plan. Westside investments in the community are completely transforming this part of Tampa and were a catalyst for the entire neighborhood to experience a ripple effect of positive community investment.