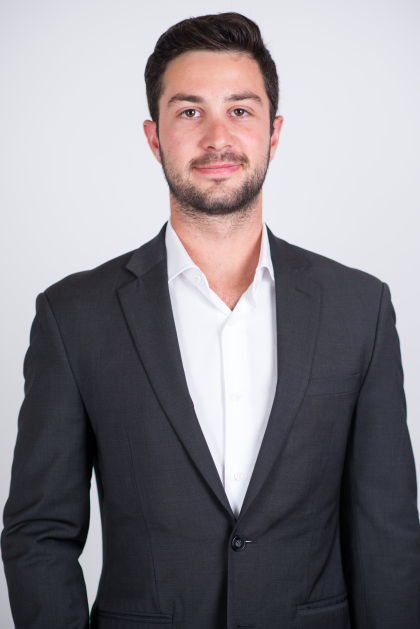 MIAMI, FL – Sept. 16, 2022 – Leading developer EDEN Multifamily, the joint venture formed by Jay Jacobson and Jay Massirman, made a key new hire with the arrival of Tyler Heckaman as Director of Land Acquisition. Based in Miami, Heckaman is responsible for sourcing new acquisition opportunities and supporting EDEN’s entitlement, market analysis, underwriting and operations.

EDEN focuses on developing and delivering innovative, industry leading multifamily communities that serve a wide range of economic sectors. It is in the midst of a major national expansion.

“Tyler is a talented and experienced real estate professional who is quite familiar with EDEN’s mission,” EDEN President Jay Jacobson said. “He will be instrumental in identifying and securing the right sites for us to meet the intense demand for new multifamily product across many high-growth markets.”

Heckaman has deep ties to Massirman’s Rivergate family of companies.

The Miami native was previously Senior Vice President – Head of Acquisitions for the former MCSS Development and Investment LLC (now known as Basis Industrial). He started with MCSS as an acquisitions associate in January 2017 before earning a promotion to Vice President of Development two years later. In March 2022, he was promoted again to his most recent role.

A Florida State University graduate, Heckaman earned a bachelor’s degree in Economics. He also served as an intern within Rivergate.

“I am thrilled to enter the next chapter of my career by joining EDEN,” Heckaman said. “The timing could not be better, as EDEN is poised for significant growth throughout Florida and beyond.”

EDEN’s existing pipeline of 2022 construction starts totals more than $750 million and is expected to exceed $1.2 billion by mid-2023, reflecting scheduled groundbreakings of surface-parked, mid-rise and high-rise communities during that timeframe.

In May 2022, EDEN announced a new joint venture with Sterling Equities, a major real estate investment, management and development company. Sterling has developed or invested in more than 65,000 residential units over the past half-century. The partnership enhances EDEN’s ability to expand its successful platform across its current markets and select new markets.

EDEN is actively seeking new development sites between throughout its target markets. Suitable land or redevelopment sites range from one acre for high-rise projects to three-to-five acres for mid-rise projects and five-to-15 acres for garden-style apartments with surface parking. For direct inquiries, contact Heckaman at This email address is being protected from spambots. You need JavaScript enabled to view it..

About EDEN Multifamily: A joint venture formed by real estate industry veterans Jay Massirman and Jay Jacobson, EDEN Multifamily brings more than 70 years of experience and a rich history of identifying and developing successful residential projects. Eden Multifamily recently entered into a strategic partnership with Sterling Equities. Sterling is a New York-based real estate and media investment company that through the past 70 years has developed and invested in thousands of multifamily units, millions of square feet of commercial and industrial properties as well as sports teams and sports media. EDEN seeks out multifamily development opportunities in neighborhoods that are underserved and overlooked, specializing in boutique infill projects. Eden Multifamily is currently developing over 1,130 units throughout central and South Florida. For more information, visit www.edenmultifamily.com.