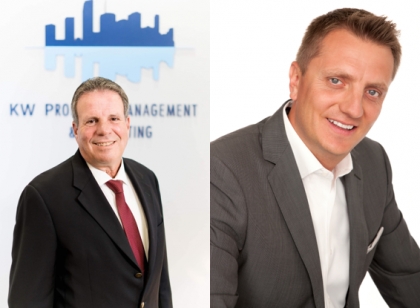 Kalikas and Hemmert bring more than 45 years of combined experience to KWPMC. Both have held numerous senior leadership positions throughout their careers.

“We are thrilled to make these impactful additions in pivotal growth markets for KWPMC,” said Senior Vice President Zuly Maribona, who oversees Southwest. Central and Northern Florida for KWPMC. “Andy and Paul are dynamic individuals with extensive track records of operational excellence in various roles.”

Based in Southwest Florida, Kalikas will tap into his unique skillset to oversee several teams of district, property and general managers that work alongside developers and association boards in the Naples and Fort Myers markets.

Kalikas spent more than two decades in the hospitality industry before joining KWPMC. He most recently supervised three luxury communities as a Vice President of Operations for Compass Group. Kalikas previously served as Hotel Manager for the iconic Ritz-Carlton, Bachelor Gulch hotel in Colorado, where he was responsible for residences, room operations, five restaurants and facility management. He also had similar roles at Starwood Hotels & Resorts.

A graduate of Dublin Institute of Technology, Kalikas earned a bachelor’s degree in Hospitality Management.

Hemmert returns to KWPMC after previously serving as Business Development Manager for the company in Orlando and Tampa. As Regional Vice President, he will work closely with the company’s managers in Tampa, Orlando and Jacksonville and facilitate expansion in those markets.

KWPMC’s incredible growth and entrepreneurial success is resulting in prestigious awards and recognitions regionally and nationally. For the second consecutive year, the company was featured on Inc. magazine’s annual Inc. 5000 list - a ranking of the nation’s fastest-growing private companies. KWPMC was also recognized in the inaugural Inc. 5000 Series list of the fastest-growing private companies in Florida.

In August, KWPMC was honored as one of the South Florida Business Journal’s 2020 “Fast 50” award recipients. This is the company’s second straight appearance on the Fast 50 list, which recognizes the fastest-growing private companies in South Florida.