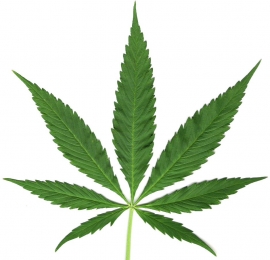 The Canadian Federation of Apartment Associations is disappointed with the government’s Bill to legalize and regulate marijuana. In a single family home, what an owner-occupant does largely affects only themselves, whereas in multi-unit dwellings, an occupant’s actions in one unit can very often have significant effect on the occupants of other units.

Despite moderate improvements over the first quarter of 2017, all four indexes of the National Multifamily Housing Council’s (NMHC) Quarterly Survey of Apartment Market Conditions remained below the breakeven level of 50. The Market Tightness (41), Sales Volume (30), Equity Financing (42), and Debt Financing (41) all indicated continued softening conditions in apartment markets even as demand for apartment residences remains strong.

“Although all four indexes rose in April, they remain below the breakeven level of 50,” said Mark Obrinsky, NMHC’s Senior Vice President of Research and Chief Economist. “After years of lagging behind the increase in apartment demand, new supply is finally coming online in sufficient quantity to alter this supply-demand imbalance. In particular, class A supply in many urban core submarkets has led to increased concessions to fuel lease-up activity. Even so, occupancy rates remain close to historic highs.

“In the investment market, some of the weakness in property sales is seasonal, but respondents reported caution on the part of buyers as well as debt and equity capital sources – in particular in regard to construction lending. Increased uncertainty about the outlook for interest rates and cap rates also appears to be playing a role.”

The Market Tightness Index increased from 25 to 41, as one-fifth of respondents (20 percent) reported tighter conditions than three months ago, up from eight percent in January. Over one-third (38 percent) noted looser conditions. While this marks the sixth consecutive quarter of overall declining conditions, it does represent an uptick from the previous quarter.

The Debt Financing Index saw the largest increase of all four indexes, rising from 14 to 41, as respondents that reported worse conditions for borrowing compared to the three months prior fell to about one-third (35 percent) from almost three-quarters (74 percent). Forty-four percent of respondents reported no change in the debt market, with 16 percent reporting better conditions, up from only one percent in the previous quarter.

Respondents also noted little change in the Low Income Housing Tax Credit (LIHTC) market. Almost two-thirds of respondents (excluding those who chose “don’t know or not applicable”) reported either the same number or slightly more buyers for LIHTC transactions compared with three months ago. And 70 percent of respondents reported that pricing for LIHTC transactions has changed little since the 10-15 bps drop immediately following the Presidential election. About one-sixth (17 percent) reported somewhat higher pricing.

The National Apartment Association (NAA) is pleased to announce the release of its new survey, “Adding Value in the Age of Amenities Wars,” which reveals the most recent trends in amenity offerings as well as identifies those with the highest rate of return in apartment communities. Amenities often are the distinguishing factor as communities compete for residents. 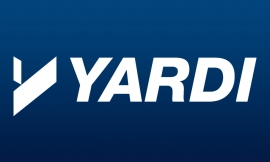 Average U.S. monthly apartment rents held steady in February at $1,306, unchanged from the previous month, according to data compiled in the most recent survey of 124 markets by Yardi® Matrix.

Lincoln Property Company today unveiled LPC West – a unit that will be led by veteran Lincoln executive David Binswanger who has spearheaded much of the company’s growth throughout Southern California over the past decade, including the development of many high-profile projects in the burgeoning Silicon Beach and Downtown Los Angeles markets.

Ten-X, the nation's leading online real estate marketplace, today released its latest U.S. Apartment Market Outlook, including the top five 'Buy' and 'Sell' markets for multifamily real estate assets. The long-term forecast reveals the sector remains strong after years of booming growth, but may now be primed for a slowdown after far surpassing its prior cyclical peak. 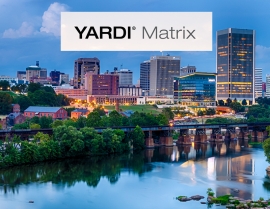 Apartment Rents Off to a Fast Start in January, According to Yardi Matrix Market Report

Average U.S. monthly apartment rents rallied in January, rising by $5 for the first overall gain in five months. Rents finished the month at $1,315, according to data compiled in the most recent survey of 124 markets by Yardi® Matrix. All details can be found in the Yardi Matrix Monthly for January.

Apartment markets continued to retreat in the January National Multifamily Housing Council (NMHC) Quarterly Survey of Apartment Market Conditions. All four indexes of Market Tightness (25), Sales Volume (25), Equity Financing (33) and Debt Financing (14) remained below the breakeven level of 50 for the second quarter in a row.

A decline of $4, on average, in U.S. monthly rents in December failed to damper what was overall a strong year for rent growth in 2016.

Tagged under
Page 5 of 7